Once the largest underground military airbase in former Yugoslavia and one of the largest in Europe, in the 21st century is a key part of a large GWT2P regional tourist destination with two national parks.

Hidden in the magnificent Lička Plješivica Mountain, Željava airbase is positioned in the center of the GreenWay Tour 2Parks destination, near the border between two friendly local communities and countries.

Together with two national parks, both local communities are now the main partners and signatories to the GWT2P Cross-Border Partnership and Cooperation Agreement.

From the Initiative to the Realization of the Vision

More than five years ago, the lead partner of the project, the Municipality of Plitvice Lakes, accepted the GWT2P initiative and expressed interest in taking over the Zeljava abandoned military airbase. In August 2014, the Municipality had approached the Ministry of State Property Advisory Program with GWT2P Development Project.

After years of calm anticipation during which we tried to introduce the location and sensitized the public to what we are trying to do right here, the best possible thing happened for all local residents in the region, and beyond. In 2019, Zeljava Airbase was assigned to the Municipality of Plitvice Lakes and the same happened across the border where the rest of the military base was assigned to our partner the Town of Bihac.

In the 21st Century, the abandoned military airbase is preparing to become a significant contributor to sustainable development and inclusive green growth of our region. Residents of the surrounding local communities have sacrificed a great deal for this base: during construction, the villages of Veliki and Mali Baljevac were completely emptied and razed to the ground, and during the last war, Zeljava was a zone from which the besieged town of Bihac and the surrounding local communities in both countries were mercilessly attacked. Our vision is that the people and the local communities that gravitate toward Zeljava receive the greatest benefit from this valuable and once the most expensive man-made object.

Now, there's a big challenge ahead for us all; this is an opportunity for the millennium step forward towards a new paradigm that completely transcends artificial political boundaries, different values, worldviews, and ideologies. This capital man-made object can become a powerful engine of local and regional development and respond to the challenges imposed by the modern day life and environmental degradation; fully committed to the common good and well-being of all - through joint work and effort of all levels of local communities.

For now, we have prepared a mix of informative and interesting facts about the base, activities you can already enjoy in the immediate vicinity, and our visionary plans.

The base is inwoven into the magnificent Mountain Licka Pljesivica that is a true natur's gem highly worthy of preservation and our joint attention! Find more impressive facts under Explore Local.

At this point in time, the airbase area is not open to the public for security reasons. During this period, we would like to draw your attention to things to do & tours to take in nearby villages Željava and Ličko Petrovo Selo in Croatia, and Izačić and Vikići in Bosnia and Herzegovina:

In addition to the above-mentioned experiences, near the base you will also find nice accommodation, new hotels and restaurants as well as additional experiences such as:

In early spring and autumn you can experience:

Information on all activities, as well as contacts of guides and organizers can be found in our Events and Activities Calendar. Lokal people are very friendly and interconnected, and everyone will be happy to refer you to more interesting things in the area. By using these local tourist services, you provide great support to the to the "keepers" of traditional heritage and local villages social and economic revitalization. Thank you!

A Bit About the Past

The construction of the airfield Zeljava started in 1968 and lasted for 12 years. The chief engineer was Mr. Dragoslav Sobotka. The task of designing a military base envisaged an accommodation for two to three reinforced squadrons of fighter aircraft (then modern MiG-21) with supporting areas, air traffic control, meteorological station and additional facilities that would be used to accommodate hunting aviation regiment comprising of three to five squadrons.
The estimated value of the property was 8 billion dollars and was the most expensive military investment in former Yugoslavia.

The morphological image and the position of this impressive massif with numerous valleys and ridges fully met those requirements. The terrain was an ideal natural barrier against surprise attacks and position of the mountain provided an opportunity for a tactical surprise because the planes could take off safely and unnoticed from the radar shadow of the mountain.

The exterior of the building - the airport, consisted of five runways (two ascending-descending and three ascending runways). The barracks were located in the village of Licko Petrovo Selo, that also served as the logistic base.

The 117th-Hunting Aviation Regiment was located at the Zeljava airbase. Almost all members of the base lived with their families in the Town of Bihac where the whole quarter of the town called Harmani was made for the airport.

Only the best pilots came to Zeljava because the airbase was one of the two airports in the former Yugoslavia with the 24-hour operation.

The impressive characteristics of the military base:

Zeljava - once upon a time!

Monument to Human Ingenuity... or Not!

Unfortunately, as in any war which is in itself a notorious example of human stupidity, during the preplanned wars in the former Yugoslavia the base and people working in it turned against the people they purported to protect. Combat air crafts were ascending from the Zeljava airbase on the warpath against the people who built it, attacking citizens in both countries.

The town of Bihac and it's citizens were ruthlessly attacked from the mountain peak Gola Pljesivica, and in an agonizing and long isolation facing the great danger of experiencing a tragedy like the one in Srebrenica.

On 16 May, 1992, when it became clear that the paramilitary forces occupying the base will not be able to continue unhindered with the military operations, they began wide scale destruction of the base with 50 tons of explosives.
The airport was placed fully out of service after the mining of facilities and runways, but still situated in occupied territory until the liberation in the operation "Storm" in 1995.

There is nothing more important to our future than a lasting peace, not only in this region but around the world. Only under such conditions we have the opportunity to take the much-needed steps to shift our world onto a sustainable and resilient path - to start working for the people, our planet and prosperity for all!!

It is important to remember that the area of the airbase was part of intense military operations. A great ecological damage was done with the destruction of the base. There is a risk of polychlorinated biphenyls, chemicals and radioactive americium-241 from hundreds of ionization smoke detectors.

Some parts of the tunnel are in a very bad condition and dangerous for a stay.

Zeljava in the 21st Century

After 20 years, the abandoned military complex has a chance to get a completely new role.

In 2019, the lead partner Municipality of Plitvice Lakes has won a national tender and got a historic opportunity to turn the base into a powerful engine for regional green growth and sustainable development.

Self-sustaining development of the base that is now a key part of the large regional tourist destination with 2Parks as the leading attractions, can become a reality even during its present dehumanized phase through well-prepared, socioeconomically patient and inclusive work.

With its potential, and under jurisdiction of socially and morally responsible local administrations, Zeljava can easily give a very strong impetus to inclusive development that effectively serves and engages all local community members and to green growth that responsibly cares for natural resources, and therefore also for future generations.

Today, such large projects, especially in vulnerable developing economies, can attract the attention of the worst kind of investors that do not meet the ethical standards, but they rather unscrupulously foster their personal interests and profit. The answer to it is the joint, public and transparent work for which we created the conditions through a joint GWT2P development project that brings together all key local communities and public institutions of importance near the base and by creating a joint adventure & eco destination that boasts two areas of protected nature, two national parks. With this foundation, the Zeljava Base itself will become a training centre for the development of socially responsible entrepreneurship and public-private partnerships whose goal is to preserve heritage, tradition and culture, protect the environment and support local communities and society.

Realization of the vision will be a great challenge and test, just like everything else that is transformative - it is now solely up to us to boldly step outside the outdated paradigms and divisions amongst people and put our full focus on building a new system of values and ethics that respects and supports local responsible, creative and innovative entrepreneurs and citizens as the future key players in the development of base.

Future Zeljava as a dynamic business, cultural and commercial zone for numerous domestic and foreign guests, dedicated to empower local and regional prosperity that benefits everyone, not just the privileged few.

Built in the 20th century for the purpose of war, now in 21st century Zeljava has a chance to get a meaningful role in peace - for the benefit of all people in surrounding local communities! 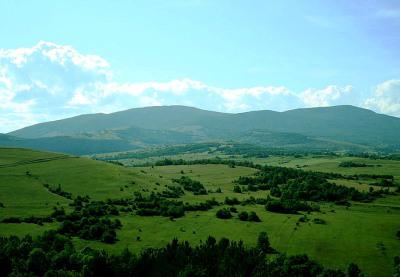 Remains of the medieval fortress Mrsinj

The scarce remains of once important medieval fortress are located beneath the Mrsinj Hill summit on 1097 m.a.s.l. 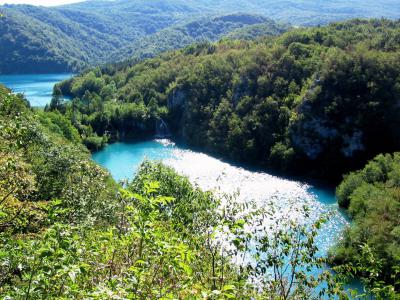 Medvjedak is an 8 km long mountainous woody spur spreading north-west of the magnificent Licka Pljesivica Mountain and offers an exceptional view of the Plitvice Lakes.

Fancy chilling in the river or a pool?