Remains of the medieval fortress Mrsinj

Ruthless historical events are the leading cause why there are only a few remains left of once important medieval fortress that was once located on the Mrsinj hill above Korenica.

Located just beneath the hill's summit on 1097 m., the old town of Mrsinj had s historical significance as the first administrative center of the Krbava diocese. With Udbina and Komic, Mrsinj-fort was one of the three biggest forts of the old Krbava diocese.

The fort was built on a wide foundation, very nicely shaped and surrounded by a large and carefully arranged arboretum of diverse and noble species of bushy fruit trees, and like many other fortifications it often changed owners. From 1486 until the Turkish invasion of Lika, Mrsinj was owned by a prominent Croatian family - the noble Frankopan Family. Eventually, in 1527, after many long-running battles and some successful defenses, the Turks conquered and severely damaged this old Croatian Episcopal town, as well as the entire area of Krbava. This historic fort, as well as the others owned by the Frankopans, is associated with the story about the tragic end of this noble family.

Heavily affected by increasingly cruel Ottoman attacks, heavy defeats and the loss of many lives, the Croatian Parliament met at the end of 1526 and voted to enter into Treaty of Alliance with Austria and to elect Ferdinand I of the House of Habsburg for the King, who was crowned on 1 January 1527 in Cetin. The same decision was made by Hungary, but the extent to which both States lost their autonomy and their sovereign rights will be confirmed by the painful events that follow.

The Habsburgs originated in Swabia, a duchy of southwestern Germany. Rising from obscure origins, this family with a strong appetite for foreign estates and territories managed to become the hereditary rulers of the Roman Empire and the dominant political family with authority over the largest realm in Europe during the Renaissance. The politics of pretensions, which characterized this family, was loaded with all sorts of agreements to succession, "bad faith" contracts, cunning negotiations and the imposition of their family members for the throne or a marriage of convenience (aka a political marriage). They most often took advantage of complex and difficult geopolitical situations in a particular region or used the danger of war and notorious practice of bribing foreign nobles and politicians to accomplish their goals and take hold of various and numerous estates across Europe.

Leopold I of Habsburg (1640-1705), King of Hungary and Croatia from 1657 and Holy Roman Emperor from 1658, was, among other things, responsible for the end of the two most prominent and powerful families in Croatian history. Following victories in the anti-Ottoman war of 1683 - 1688 and the aid given for the liberation of the Hungarian and Croatian lands, the Habsburgs easily gained favor in the eyes of the Croatian and Hungarian nobles, who in turn recognized the Habsburgs' hereditary right to the Croatian-Hungarian throne in the order of primogeniture (the firstborn legitimate child) in the male line of the house of Habsburg-Lorraine, and even agreed to repeal the Article 31 of the Golden Bull of 1222 which established the right to disobey the King when he acted contrary to law, in the event of his disrespect of the Constitution. The cruel events of 1664 and 1671 will help you to understand the implications of those decisions.

After the defeat of the Turks at St. Gotthard in 1664, Leopold I. made a scandalous Warsaw peace with the Turks allowing them to keep what they have won before the last war. This agreement did not just inflict enormous injustice and damage on Croatia and Hungary, but also hamper every legal means to gain their rights.

In Croatia, a rebellion was led by a highly respected Duke Nikola Zrinski, a statesman and a military leader, a member of the Zrinski noble family, and in Hungary by Palatine Wesselényi Ferenc. After the tragic death of Nikola, Duke Zrinski was succeeded by his younger brother Peter. Nikola died, what an irony, defending Szigetvár, a strategic fortress for the defense of Vienna, against the great Ottoman army led by Suleiman the Magnificent in his second attempt to conquer Vienna. Just before the fall of the fortress Zrinski and his remaining soldiers bravely charged from Szigetvár and died in a direct clash, rescuing Croatia, Hungary and Austria from falling under Turkish rule. Ottoman army had suffered heavy casualties during the siege, Suleiman also died from natural causes, and the Ottomans only managed to conquer one more fort Babócsa before Grand Vizier Sokollu Mehmed Pasha ended the Ottoman conquest. Young Peter Zrinski and his brother-in-law Duke Fran Krsto Frankopan allied themselves with the main Hungarian leaders and they continued together to fight for the rights of Croatia and Hungary.

Unfortunately, different ideas and ways of keeping the fight for justice, led to the dissolution of the Croatian-Hungarian alliance and the betrayal of the rebel leaders by a member of the orders.

In 1670, the Emperor Leopold I. deceived the Croatian nobles Zrinski and Frankopan into Vienna under the pretext of reconciliation, but upon their arrival he ordered the immediate arrest and imprisonment in one of the towers of the notorious prison of the Vienna Neustadt.

On April 18th, 1671, Duke Petar Zrinski and Duke Fran Krsto Frankopan were sentenced to death for treason and insult to the king and the country - they were beheaded by the sword and their right hands cut off first. The same terrible fate befell the Count Erasmus Tattenbach from Styria and the judge Francis Nadasdy to the consternation of Croatia, Hungary and the rest of the Europe.

On April 30th, 1671, all the city gates of the Vienna Neustadt were closed, and the execution site was surrounded by armed troops.

Before his death, Petar Zrinski wrote to his wife Katarina the famous farewell letter "My dear heart". In 1671 due to its tenderness, the letter was translated into several world languages.

The two nobles and their families were deprived of the nobility and their property confiscated by the State. Immediately after, the Viennese central government completely looted and destroyed the two greatest families in Croatian history. The certain Venetian envoy wrote: "This is the end of the two most prominent families of the living world. Especially the Zrens was appreciated because the family gave 60 Viceroys or governors to Croatia."

The Ozalj Cultural Circle of the Zrens and the Frankopans disappeared before it could encourage and expand the Croatian written word among the population.

The last written traces of the Mrsinj remains

The ruins were mentioned for the last time in the official report of a man called Vela, a major of Otocac regiment when the data about the dilapidated forts of the Korenica region was gathered. Korenica was then the seat of the Korenica Kumpanija that belonged to the Otocac Regiment of the Karlovac Military Frontier.

Walk the paths of the Frankopans

With the visit of the abandoned Mrsinj-fort by the late Gospic-Senj Bishop Mile Bogović in 2006, as part of the initiative for the revival of the episcopal seats of the Krbava diocese, things started to change for the better. Today there are marked hiking trails leading hikers to the remains of the Mrsinj-fort maintained by the Mountaineering Association "Mrsinj" from Korenica. 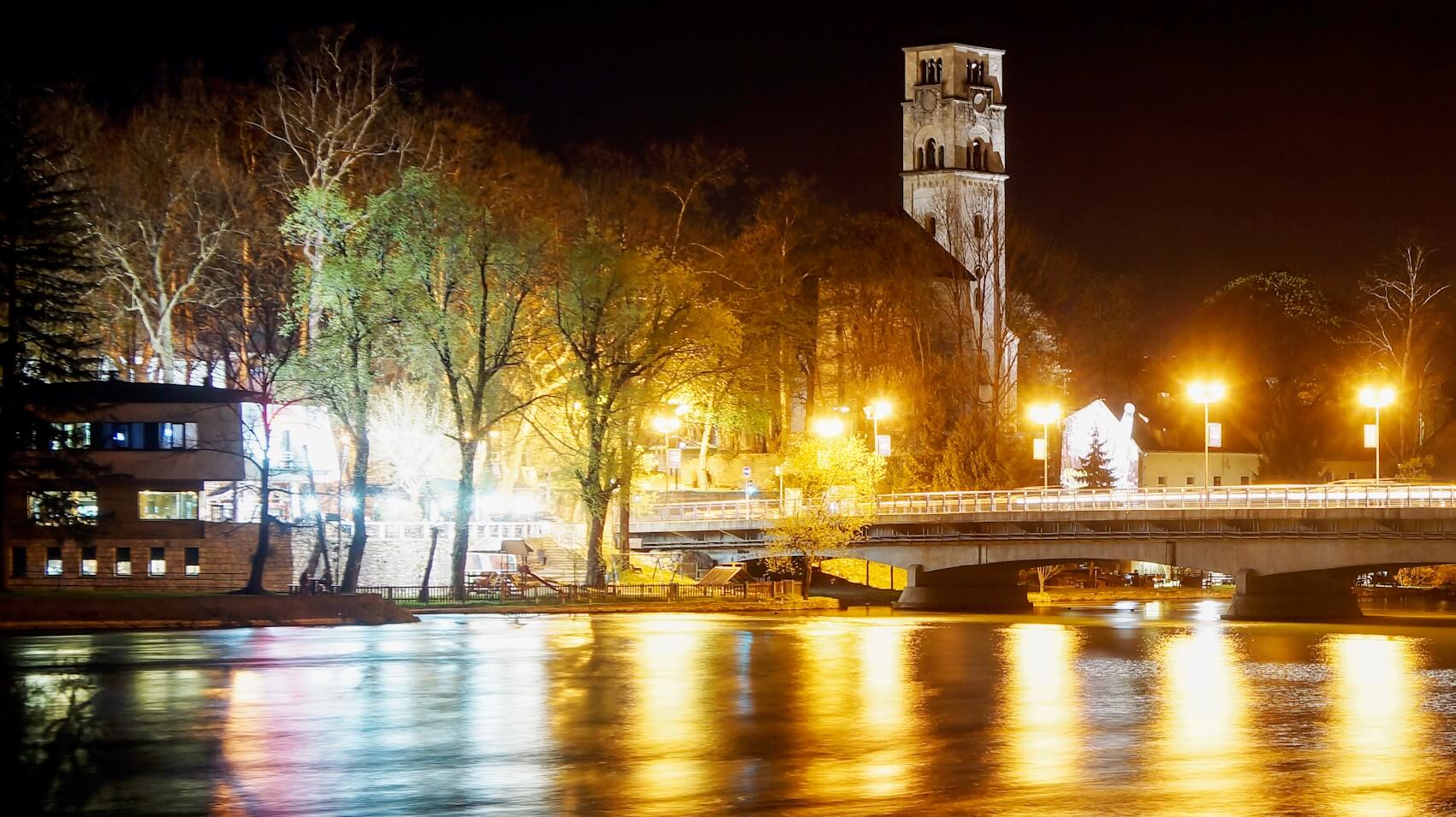 Situated on the banks of the enchanting River Una, Bihac has been equally blessed and cursed by its important strategic position and favorable conditions for life. 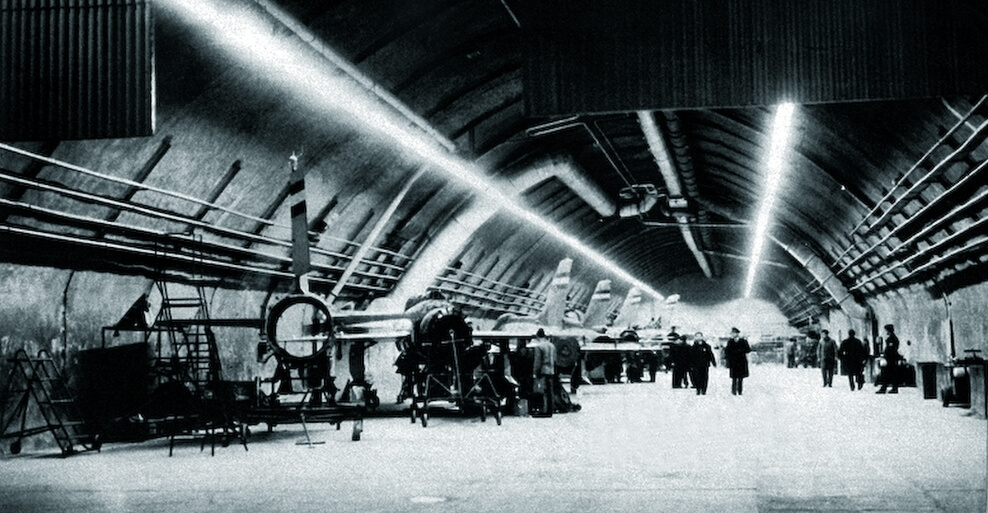 Once one of the largest underground military airbases in Europe, Zeljava Base is now a key part of the GWT2P regional tourist destination.

Ziiiiip Through the Korana Canyon

Bat Night 2022 - the night of a very important bioindicator